Portugal, Angola and Mozambique have experienced in the last 15 years highs and lows in the real estate sector, a fact that has directly conditioned the demand for Local Branding projects, especially in the last mile.

With offices in Lisbon and Luanda, and commercial bridges quickly established with Maputo, Born has closely followed the ups and downs of these markets, which today face similar challenges.

In Portugal, and before Lisbon's cosmopolitan boom, Europe had its eyes on the Algarve region.

Regular tourists first became owners and then investors, namely in the Golden Triangle, bordered by Vilamoura, Quinta do Lago and Vale do Lobo.

Born was invited to develop the rebranding of Vale do Lobo in 2008. This is probably the Portuguese resort with the greatest international recognition, with an immense area (450 hectares) and owners from countries such as England, Scotland, Ireland, Holland or Germany, in a total of 1500 properties.

At that time, Vale do Lobo was heading for its 50th anniversary, so the challenge involved listening to multiple national and international stakeholders, an exhaustive survey of all the brand's touchpoints, and a pleasant stay of about a week in this paradisiacal Algarve resort.

Vale do Lobo is a "hot" market, and we don't only refer to the Algarve weather conditions. The value of the Brand is truly timeless as it has supported expansion plans and especially the volume of property transactions that take place there every year.

The challenges of the project can be divided into three levels:

From this work was born the concept "Treasuring Life" and a global identity project that projected, in the future, the success story of Vale do Lobo, having been awarded by the Clube de Criativos de Portugal in 2009.

In 2011 we received the challenge from Mundicenter to work on the rebranding of Braga Parque.

After several phases of expansion, which allowed it to reach about 180 stores, the mall was then the main shopping destination of the entire Minho region.

Braga is then preparing to assume the title of European Youth Capital. 85 thousand young people had fixed residence in the municipality, in a total of 180 thousand inhabitants, to which 17 thousand students from the University of Minho were added.

This situation, associated with the personality of the Braga Parque management team, made us create the concept "Made of Future" and a innovative Brand projectThe new version of the book, with multiple applications, reflected the irreverence and innovation of the Bracarans.

The launch campaign was part of an activation campaign that challenged Tiago Bettencourt, Vhils, Storytailors and Filipe Pinto Soares to question the Future, in an exhibition that circulated beyond the boundaries of Braga, extending the influence of the brand to the entire region.

Equally important was the opportunity to capture the spirit of the city's time, a heritage that belonged to everyone and to no one, which Braga Parque with Born called itself.

The mall, which was a shopping destination, reinforced its status as an ambassador for the city and the identity of its inhabitants.

Also in this sense, and also with the Born seal, the project Residences of Martim Moniz

If the cases of Vale do Lobo and Braga Parque focused on local and regional aspects, respectively, Born would, in 2014, be challenged by the Portuguese Tourism Office to design a strategy of content and activation that would support a new strategy for the promotion of the country abroad, based on the pillars of Surf and Golf.

This was a profound change, since the bet until then had been to promote the country as a whole.

The segmentation of target audiences allowed the Tourism of Portugal to design content with greater relevance and disseminate it in a more targeted way, namely through digital channels.

Based on these premises Born developed the Portugal Golf Membership and English Waves. If, in the case of Golf, the universe of practitioners was more restricted, in the case of Surfing more possibilities were opened up so that the possibility of using more tools was opened up, from brand entertainment to promotional communication and even product development.

Under Portuguese Waves was born "The McNamara Surf Trip", a documentary that featured Garrett McNamara, the greatest ambassador of giant waves in Nazareth. Capitalizing on the international media recognition of the surfer, the project was launched on the occasion of the 2014 edition of the national stage of the WCT, which took place in Peniche and attracted a global audience of around 315 million viewers (TV and internet).

In 7 webisodes, the spectators of the world surf circuit could get to know in more detail the waves, beaches, restaurants, hotels, culture, traditions and other unique features of our country.

In addition, Born developed the "No Waves? Come Back for Free" campaign, which promised a second trip to susfistas who came to Portugal and didn't catch waves.

"In waves they trust" was a phrase repeated by the international media, in an initiative that sought to impact a simple message: the Portuguese coast guarantees conditions so that no trip, at any time of the year, spoils travellers' plans.

It is estimated that the impact of the Surf industry on the Portuguese economy in 2014 amounted to around 400 million euros.

Real Estate branding in the world's most expensive city

Born started its activity in Luanda in 2008.

On one of our first trips we climbed to the top of a building that would come to assert itself as the most vibrant in the Angolan capital.

From there it was possible to observe the immense scale of the city, the new buildings that were growing everywhere and the island in the background, the preferred night destination of expatriates and the Angolan middle and upper class.

From this trip and this visit in particular the Sky CenterA brand that christened a mixed residential, business and commercial complex that tore through the city's skies, bringing a contemporary language, rooted in the largest real estate projects in Chicago or New York.

The first building of the Sky Center was called the Escom Tower, whose launch event brought together the main decision makers in the Angolan real estate sector.

Luanda was currently leading the international rankings as the most expensive city in the world.

Born ensured the branding of the restaurant Oito Dezvo, owned by the newspaper Sol and the restaurant Oon-Dah and the bar Doo-Bahr, which quickly became the reference destinations of the Luanda night.

The most expensive city in the world finally had a suitable offer for an increasingly cosmopolitan population, which thus no longer had to travel to live for a time an experience with international quality standards.

Angolan growth at that time allowed Born to develop the identity of real estate projects such as Acquaville or Villa Harmonia, with more inclusive communication codes and the promise of belonging to a new economic and also social era.

This transformation had an impact on other aspects of the real estate market, with the development of new shopping centre concepts, among which the Avennida chain in Luanda stands out.

A new flight in the real estate sector in Maputo

In parallel, on the east coast of the African continent, Born developed a real estate branding project for the real estate developer Soicifide, which was developing its first project in Mozambique.

It was one of 24 buildings to be constructed in 2014 in the city of Maputo, targeting the Mozambican upper-middle class.

After a survey of the good practices in this market, and the study of the competition, Born developed the naming and visual identity of Acraya Residence, having also ensured the advertising campaign and all the support media for the sale.

With the widening of supply in the Mozambican capital, new possibilities were born for families to feel "the joy of living in the city centre".

The Portuguese, Angolan and Mozambican markets have a strong exposure to foreign investment or the movement of people, in the tourism and business areas.

The full impact of Covid-19 has yet to be ascertained, but it will negatively affect the sector in the short term, on different scales.

If, in Portugal and Mozambique, it can act as a brake on development, in Angola it could further aggravate a sector exposed to economic contraction, the decline in the number of expatriates and the impoverishment of the middle class.

Any investment, from a buying or selling perspective, will therefore be scrutinised more rigorously, and the respective communication strategies will be fundamental to generate confidence among all stakeholders.

However extraordinary the situation we are all going through, it will be essential to contextualise it in the light of past crises and to present profitability in a medium/long term perspective.

To this end, the intervention of public and private entities is already being requested, namely banks, investment funds, real estate promoters, construction companies and mediators, associations and all those who, in concert, can promote initiatives that will speed up the recovery of the sector. 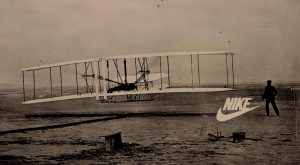 Voice change: from Boca Doce to The Economist

There are marks that scream, others that whisper, sing, those that never shut up and those that say exactly what 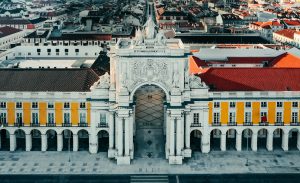 Portugal, Angola and Mozambique have experienced in the past 15 years highs and lows in the real estate sector, a fact that has directly conditioned

10 Announcements that marked my life 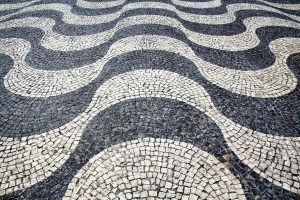 Patriotism and the Lusophone Economies

Many of the countries of the Portuguese-speaking world consider themselves brothers and sisters and it is true that the cultural similarities, for good and for 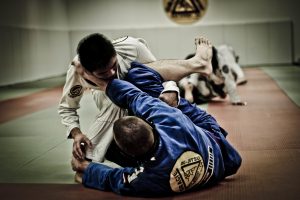 Ju-Jitsu. A lesson in humility and people management.